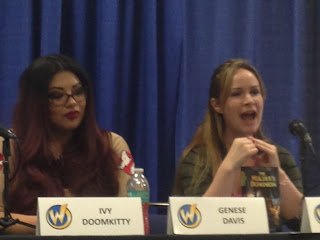 Last weekend was the Wizard World Comic Con in Sacramento. 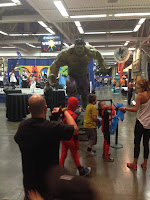 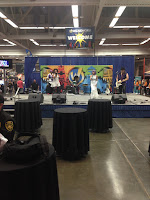 The entire staff of Working the Galaxy made the journey from our palatial headquarters and spent the day in panel discussions on science fiction/fantasy films, how to craft a great villain, and working as voice actor.


We also met with many of the talented artists in the exhibitor area.  Artists and illustrators are an essential part of the literary world, especially for science fiction and fantasy. Oh, and let’s not forget comic books—the forerunner of sci-fi and fantasy for the masses, which is still going strong. 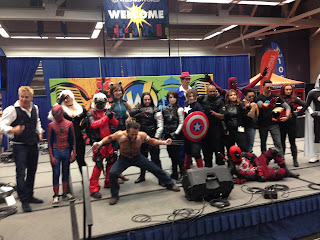 Networking is critical for most artists, voice actors, and podcasters to connect and collaborate on the projects they love so much. Events like this provide an opportunity to meet, and to let fans meet the people who provide the magic of literature, cinema, television, and audio drama.

If you’ve never been to a fan convention, check online to find when one will be near you. It’s generally Comic Con that draws the cosplay crowd and the monster of all comic cons is coming up (July 20-23) in San Diego, but there are many more locations around the world throughout the year.


See you there!
Posted by James Prescott at 1:28 PM