Return to Our Fair City. The final season begins.


The final season of Our Fair City is just beginning, and I generally prefer to binge-listen after my favorite shows all released. But I just couldn’t wait any longer when the first episode of season eight went live. Who could blame me after the extraordinary cliffhanger at the end of season seven? 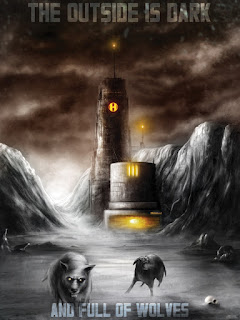 Bringing the final conflict directly to the ever-insulated narrator was true drama. The new episode, The Narrator’s Name, is a jarring change of perspective which left me more curious than ever to find out what happened after the events in season seven.


Our Fair City. There are panel discussions on listener questions, and blooper reels, too.
Podcasters will find the season break programming especially interesting, with installments about making shows like this. Listen to Lauren Faits, Stephen Poon, Ele Mataelan and others talk about the music, sound effects and music of the show.


See my earlier post (27 June 2016) for more information or, better yet, visit Our Fair City yourself.
Posted by James Prescott at 10:27 AM